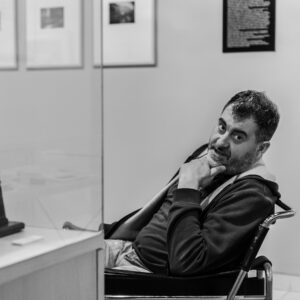 Telmo Esnal has been working as a film director and scenarist for over 20 years. His films include “Urtzen”, “Agur, Etxebeste!”, and “Urteberrion, Amona!”. In 2006, he received the Goya Prize for “Best New Film Director” from the Art and Cinematographic Science Academy of Spain for his movie “Aupa Etxebeste!”. In 2009, he wrote the “Brinkola” television series for ETB (the Basque public television channel).