1 creature, 1 injured body, 1 spirit and 8 chairs. He doesn’t know where he woke up. He doesn’t know what he is. He can’t recognize himself. Fear is his first feeling, but as soon as he realizes his power, he is curious to learn what his abilities are. Every time he changes his chair, he feels something different. There must be a connection between him and these objects from the beginning. Maybe they come from the same creator… Maybe they are the survivors of a great catastrophe… Maybe they were united before something tore them apart… Trying to unroll his body and stand on his feet, he realizes that the chairs could help him solve his mystery. His will to remember overcoming his fear, he experiences a moment of birth and creation by letting go of the unknown… Genesis is birth.

Genesis is my first piece presented internationally. It gives me the opportunity to work with new perspectives and innovative tools, as I am performing in front of a non-Greek audience. I try to explore new ways of moving, expressing myself and connecting from the beginning. First, I improvise trying to reach the deepest parts of my human subconscious, and then my improvisation and choreography are guided by the connection that is created between me and the people watching the piece. 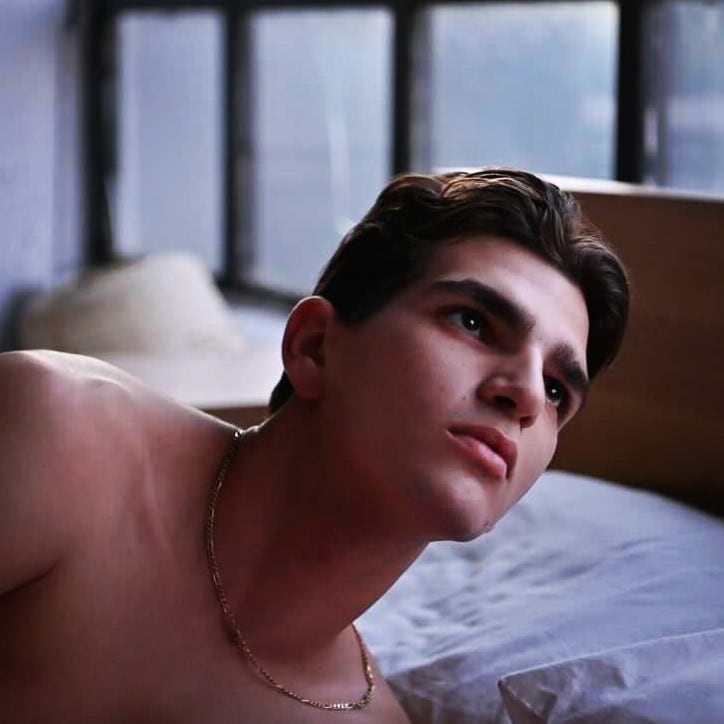