Between 2016 and 2017, the choreographers and performers Anne-Flore de Rochambeau and Keven Lee moved to Rêvanous, an organization that offers a range of services and activities aimed at the autonomy and social inclusion of people living with a mental disability. Les Habitations Rêvanous creates a mixed context with people aged 55 and over or with a functional limitation. This project allowed the dancers to develop a climate of trust with the participants. It was about demystifying dance, getting them to develop their own vocabulary of movements, giving them a different vision of their body and of dance as a mean of escape and play.

During the 32 workshops, the participants developed a greater ability for abstraction by moving away from mimicry and instead creating expressive and sensitive movements. This progression, as well as the installation of a climate of trust with the artists, offered the participants a space of creativity and appreciation to develop their self-esteem.

The project ended with a final workshop open to other residents, rather than with a performance as it was initially planned, in order to focus on the learning process and the qualitative development of the project. 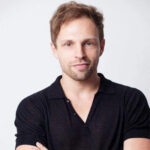 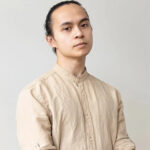