Ombre Verte dives in the need for connection to one another. The short film reveals six protagonists, one after the other, as their trajectory meets. Stuck in the face of the impossibility of physical contact, their immediate environment becomes their only possibility of tactile interaction. Through this contact, a breach is created … a superposition between real and imaginary life unfolds. These back and forths between reality and dream bring out a universal connetion  from the unconscious: “Together. We exist. Together. Imperfect, infinite, nested. Whole. Linked. Woven. Linked.” 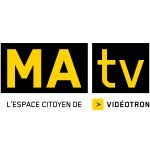 Originally from Colombia, Mateo H Casis has been a director, DOP, cameraman and photographer since 2007. He holds a BAC in filmmaking and an ACS in commercial photography (Dawson College). He has worked in film, television and advertising. His clients now include TVE, Coca Cola, Béton Surface, Brain Sentinel. Based in Montreal, he has collaborated artistically with Les Grands Ballets, Cirque du Soleil, FloorRider&Tonik (Geneviève Gagné) and Ample Man Danse. He is the recipient of the Best Production Award at the Blockbuster Awards.